From:
65% Favor Getting Rid of Entire Congress and Starting Over
(Rasmussen Reports) --

Let’s face it: Most Americans don’t have much use for either of the major political parties and think it would be better to dump the entire Congress on Election Day.

A new Rasmussen Reports national telephone survey finds that 65% of Likely U.S. Voters say if they had the option next week, they would vote to get rid of the entire Congress and start all over again. Only 20% would opt to keep the entire Congress instead. Fifteen percent (15%) aren’t sure. (To see survey question wording, click here.)

Not surprisingly, 82% of Republicans and 78% of unaffiliateds say dump them all. Despite their party’s control of both the House and Senate, Democratic voters are fairly evenly divided: 44% say it’s better to keep the entire Congress, but 38% would prefer to give all the national legislators the heave-ho...MORE...LINK
------------------------- 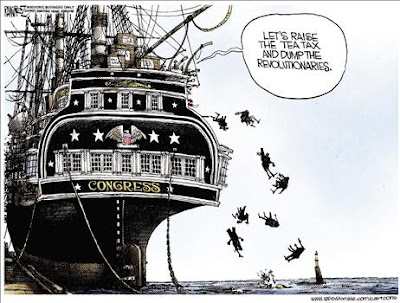