With minimal media coverage, at a time when Americans are celebrating the New Year with their loved ones, the “National Defense Authorization Act " H.R. 1540 is signed into law by President Obama. The actual signing took place on the 31st of December.

According to Obama, the threat of Al Qaeda to the security of the Homeland is the justification for repealing fundamental rights and freedoms, with a stroke of the pen.

The controversial signing statement by Obama (see transcript below) is a smokscreen. Obama says he disagrees with the NDAA but he signs it into law.

"[I have] serious reservations with certain provisions that regulate the detention, interrogation, and prosecution of suspected terrorists."

Obama implements "Police State USA", while acknowledging that certain provisions of the NDAA are unacceptable. If such is the case he could have either vetoed the NDAA HR 1540 or sent it back to Congress with his objections.

He justifies signing of the NDAA as a means to combat terrorism. But in substance, any American opposed to the policies of the US government can be labelled a "suspected terrorist".

"Moreover, I want to clarify that my Administration will not authorize the indefinite military detention without trial of American citizens. Indeed, I believe that doing so would break with our most important traditions and values as a Nation. My Administration will interpret section 1021 in a manner that ensures that any detention it authorizes complies with the Constitution, the laws of war, and all other applicable law."

Obama is a lawyer (a graduate from Harvard Law School). He knows fair well that his signing statement --which parrots his commitment to democracy-- is purely cosmetic. It has no force of law.

The signing statement does not in any way invalidate or modify the actual signing by President Obama of NDAA (H.R. 1540) into law.

In substance, the signing statement is intended to mislead americans and provide a "democratic face" to the President. 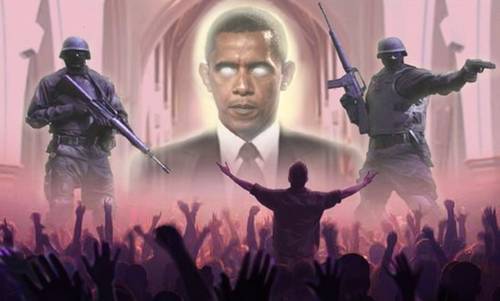