You have to be living under a rock not to notice the deluge of media coverage of the Trayvon Martin-George Zimmerman affair. The accounts I have seen inevitably emphasize Blacks as victims and implicitly at least, the message reaffirms the narrative of Blacks as innocent victims of Whites. This of course flies in the face of data on crime showing that Blacks are much more likely to victimize Whites than the reverse, with the media bending over backwards to prevent any indication that race was a factor. I don’t recall any national media outrage recently when two Black teenagers set fire to a White teenager after dousing him with gasoline, even though they said they did it because he was a “white boy.” This happened only a few weeks ago. Rather than the wall-to-wall coverage seen in the Trayvon Martin case, there was only a brief and fleeting mention in the New York Daily News and no mention at all in the prestigious national media. It doesn’t fit the narrative that the media feasts on and promotes. No angst from Obama; no Justice Department investigation of a possible hate crime.

Indeed, it’s quite common for the media not to identify the race of non-White perpetrators. And somehow Mr. Zimmerman’s Latino background also slips into irrelevance.

Also virtually unmentioned is that Martin and Zimmerman were fighting, with at least one witness emphasizing that Martin had the upper hand just before the fatal shot. Although Zimmerman seems to have been overzealous in his scrutiny of possible criminals in his community, he may indeed have been “standing his ground” once the encounter escalated into violence. Indeed, the Orlando Sentinel reports that the police are sticking with the version that Martin was the aggressor...

Given all this, it will be very interesting to see how this all plays out. The message of the poor, defenseless Black kid buying Skittles is turning into the thug who was suspended because of drug use at his school and who went out of his way to attack Zimmerman and was pounding his head into the concrete.

The main take-home message thus far, however, is the massive media overkill designed to reinforce the fundamental premise of the new dispensation: Non-Whites as victims of evil Whites—perhaps the most pervasive mantra (in Bob Whitaker’s sense) promoted by the mass media...MORE...LINK
--------------------------

Given his scholarship, the author of this article Kevin MacDonald likely believes (correctly) that organized Jewry is the main force behind this generally cultural Marxist, anti-White pathos in mainstream media and much of the establishment.

But opportunistic and demagogic Jews are only part of the problem.

Increasingly, I can see how White greed and money worship has itself sown the seeds for the success of Zionists and Marxists in eroding Western civilization and imposing these multi-cultural dictates. After all, the main pursuit of the vast majority of modern White elites is not Western culture and thought, but rather socioeconomic status and materialism (in America particularly, but increasingly in the entirety of the West as American power and influence has been projected abroad).

And what's the clearest path to monetary gain? Opening the borders and expanding all markets to their maximum capacity. And of course, once the borders are open, some sort of governing paradigm that can smooth out the wrinkles between the races in order order to facilitate stable markets and continually wring the general population for its income becomes necessary. That paradigm is politically correct, multi-cultural materialism and cultural Marxism.

Sure, that paradigm, that glue, could have been the pursuit of Greco-Christian thought and Western philosophy, art and science along with constitutionalism and the rule of law...but for the insatiable bounders aiming for massive riches, vainglory, and megalomaniac self-aggrandizement, where's the profit in that?

What the money-worshipping degenerates and sociopaths were most interested in was creating a massive, mindless marketplace of ignorant consumers and crass materialists who would work and spend and work and spend...nothing more.

Jews, of course, comprise more than their share of greedy and demagogic opportunists on both the left and the right, and more than their share of anti-Western agitators (due to the fact that traditional Western civilization had low tolerance for Jewry's culture of insatiable greed and self-serving, tribal-supremacist ambition and racketeering) but again, they're not the only ones.

It is the kind of Whites who themselves are insatiable, cut throat money-worshippers, crony capitalist and crony socialist gangsters, demagogues, charlatans and opportunists that fall into bed with the Zionists that are at least an equal portion of the problem.

For a long time now I've said, and most firmly believe, that the only way to ever restore Western order and sanity is to completely subsume not only the Zionist and Marxist Jew sociopaths, but the sick, cynical collaborators suckling them in the bedroom and plotting with them in the board rooms and government offices to both their left and their right.

Any creature, of whatever race, that would whore him or herself off to the Judeofascists and their schemes, plots and lies is not a creature whose passing is worth mourning.

Such a creature is the enemy not only of Western civilization, but of the entirety of humanity itself. An abomination.

The question has to be asked: why do modern Whites make up such a disproportionate percentage of such creatures?

The answer, of course, is Mammon. 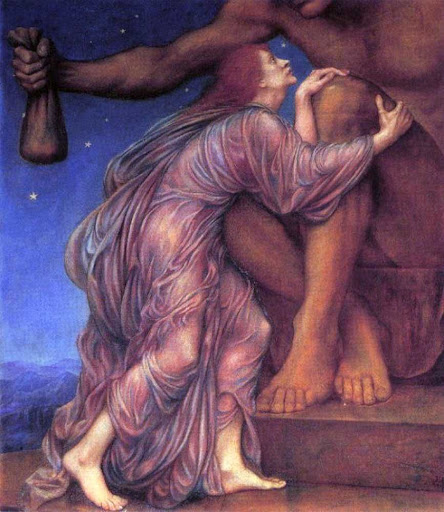