Fake Mormon Romney vs. fake Mormon Huntsman for president, or together as a team?

It now looks like former ambassador to the United States, Mormon Illuminati Jon Huntsman, will be putting together his own presidential campaign. This means that he will be facing Mitt Romney in the Republican Primaries. It doesn't mean that he actually intends to win.

Glenn Beck, with his "Tea Party" Congress, is no less serviceable to the Bush team, which includes Mitt Romney. It seems that Romney has his people in Congress and in the various governors chairs just like George W did before his Presidential race. Make no mistakes, Mitt Romney is the Republican Choice for President. Yet, as I have pointed out in other articles, he has plenty of liabilities;

1. Romney made his money as a Corporate Raider and Hedge Fund Manager. Now that the world is swimming in $1,000 trillion dollars of derivative debt, toxic mortgages and suffering the effects of financial "high-flyers" like Mitt Romney, he could be easily portrayed as just another greedy insider that screwed the average American..

2. Romney did not "save" the 2001 Olympics. He waged a massive cover-up of a scandal that involved using underage girls as "escorts (Prostitutes?)" for the IOC members (not very Mormon). He also covered up for the massive bribes it took for Salt Lake City to get the Olympics. Not one member of the Salt Lake Olympic organizing committee was effectively prosecuted.

3. Mormons are a Conservative bunch. Many blame Romney's style of politics for numerous compromises with the forces of evil. Some even wonder if the Church is selling too much of its soul for a Mormon President.

4. Others blame Romney for helping Bush cover up 911 through the firing of noted 911 researcher, Steve Jones from Brigham Young University. Others view Bush-Cheney as war criminals, and are appalled at the fact that Dick Cheney was granted an honorary doctorate by BYU. All these roads lead back to Romney.

5. Mormons believe the Bible and understand the Book of Revelation. They have been warned by their Church Leaders of "Secret Combinations" that lust after power and seek to control the whole earth. The Book of Mormon clearly proclaims that these combinations originate with Satan. A large percentage of Romney's voting base believes that America is now being run by just such a Combination.

6. Prophets like Ezra Taft Benson warned the members of the Church about the Illuminati and their shadow government, including the Council on Foreign Relations, United Nations, Federal Reserve System, World Bank, etc. Any further attempts to discredit Benson or Skousen will create a major political backlash for Romney and his cadre of Globalists.

7. Romney has been a big supporter of homosexual rights. Some blame the Mormon Church's endorsement of a Salt Lake City Gay Rights ordinance on the Romney campaign to "mainstream" Mormonism.

Still others worry that if Mitt Romney gets elected, Mormons will be scapegoated in the same fashion as Obama is the scape goat for the current economic collapse. It is quite possible that Romney could lose the heavily dominated Republican Mormon States in the West to a strong candidate, with a real record of defending family and moral values, should such a candidate present themselves.

Even in the General Election, a strong "third Party" Candidate with a solid family values background could derail Romney and split his support base. As a Mormon, I ask the question of whether Romney is even worth the trouble in the first place. In my opinion, his perpetual candidacy has done far more to hurt the image of Mormonism than to help it...MORE...LINK
------------------------- 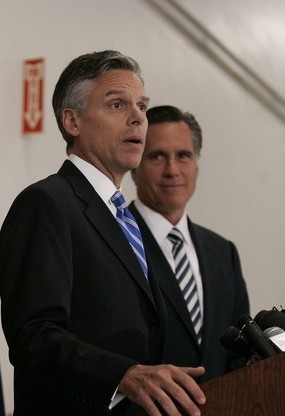