PARIS -- The framework in which most Americans, including the foreign policy specialists, see the world has totally changed in a decade. In February 2002, the United States and Afghanistan's Northern Alliance had just won their Blitzkrieg unseating the Taliban government of Afghanistan, and a new client government was being set in place. The Economist was to say of it a year later that optimists believed Afghanistan to be "more stable than at any time in the past 24 years." Another war, against Iraq, was confidently being prepared to avenge the Trade Towers and Pentagon attacks (to which, it was to turn out, Iraq had no connection), and to create a "New Middle East."

Americans in 2002 believed themselves on top of the world, capable of anything. They took progress for granted. A leading neo-conservative of the time said, "we have something called the Agency for International Development, in the hope that someday Somalia might look like Norway." That's what the New Middle East was all about.

One decade, more than a trillion American dollars and uncounted thousands of lives later, the Afghan War continues, and the Iraq War, nominally over, but with 6,000 American officials and their bodyguards left in the country, is not really over at all. A third American war against a Muslim society, Iran, is seriously likely.

The same time Washington conducts and enlarges this military involvement in the non-Western world, the American public, and again, many of its foreign policy experts and political leaders, have decided that the United States is in decline, its social coherence, its sense of unity and purpose lost, divided as never before by economic class and a newly felt and newly expressed hatred between the one percent monopolizing its wealth and the excluded 99 percent. The American and Western economies are badly weakened by a global recession and potential depression, wrought by Wall Street.

This is no illusion, nor is the widespread conviction that the American government and its electoral system suffer a crisis of function, accountability, competence and venomous political conflict.

Today a leading figure in the policy community, Zbigniew Brzezinski, writes in his new book that America "is in serious decline for domestic and/or external reasons" and that its loss of international authority risks stalling international efforts to deal with "issues of central importance to social well-being and ultimately to human survival."...MORE...LINK
-------------------------- 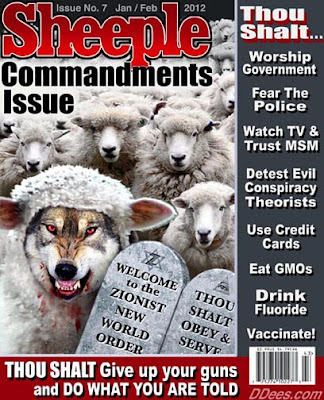