With no accountability or loyalty to average local citizens, big bureaucracies and internationalist elites end up disconnected, aloof, corrupt

From:
FIFA, the UN, the EU: all international bureaucracies tend to corruption
(The Telegraph) -- by Daniel Hannan

I come back from the heart of darkness to find everyone talking about corruption of a different sort, this time in FIFA.

Supranationalism and graft tend to go hand in hand – not because international committees attract bad people, but because, removed from the context of the nation-state, they tend not to feel accountable to anybody. The EU is no different, in this regard, from FIFA, the UN or the IOC. It is distinguished only by its far greater power, and commensurate ability to do harm.

When an organisation becomes too large and too disparate, its constituent peoples feel disconnected from it, and some of its officials take the opportunity to feather their nests. Thomas Jefferson, as usual, had it right:

Our country is too large to have all its affairs directed by a single government. Public servants, at such a distance, and from under the eye of their constituents, must, from the circumstance of distance, be unable to administer and overlook all the details necessary for the good government of the citizens; and the same circumstance, by rendering detection impossible to their constituents, will invite the public agents to corruption, plunder, and waste.

If this is true of a single people, connected one to another by language, culture and history, how much truer is it of gigantic multi-national units? As Aristotle observed: “To the size of a state there is a limit, as there is to plants, animals and implements, for they can none of them retain their natural facility when too large”. History has proved him right...LINK 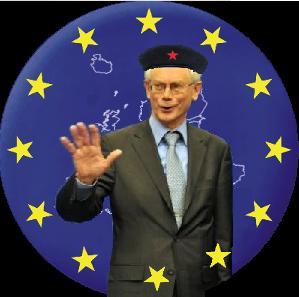