A student calendar for the 2011-2012 school year, published by the European Union, has conspicuously omitted Christian holidays, while retaining Jewish and Muslim holidays, reports the Catholic News Agency.

Holiday mainstays such as Christmas and Easter don’t appear on the more than 3 million copies printed by the EU, for free-of-charge distribution to students across the region.

Despite the omission of Christian holidays, the European Union has made an effort to include “Muslim, Hindu, Sikh, Jewish and Chinese holidays and festivals,” reports Examiner.com’s Kevin Whiteman.

Dutch Deputy Foreign Minister Ben Knapen has slammed the decision, according to Radio Netherlands, demanding an explanation for what he refers to as “an absurd omission.”

The European Commission has reportedly taken responsibility for committing a “grave error” in omitting the Christian holidays, to the tune of 5 million euros (or $6.65 million).

André Rouvoet, a political leader of one of the Dutch Christian political parties, is suspicious of that “grave error.”

“This is an incredible blunder,” said Rouvoet. “It makes you wonder what kind of agenda the European Commission has set itself.”

In the West, "secular" Big Government is nothing but trojan horse for a war against Christianity at the behest of statist-liberals, statist-corporatist capitalists, and perennial anti-Christian, freedom-haters of certain religions that don't proselytize and thus need a powerful, pseudo "secular" state to do their bidding.

It's a safe bet that anyone who supports intense government centralization, any kind of authoritarian statism, or Big Government in any respect, is anti-Christian behind the mask.
------------------------- 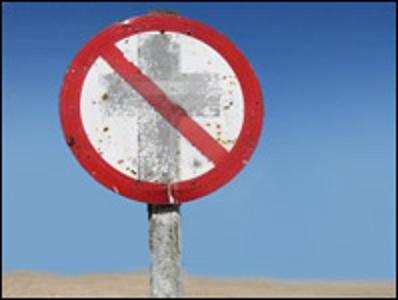