From:
A Speech for Endless War
(AntiWar.com) -- by Norman Solomon --

On the last night of August, the president used an Oval Office speech to boost a policy of perpetual war.

Hours later, the New York Times front page offered a credulous gloss for the end of "the seven-year American combat mission in Iraq." The first sentence of the coverage described the speech as saying "that it is now time to turn to pressing problems at home." The story went on to assert that Obama "used the moment to emphasize that he sees his primary job as addressing the weak economy and other domestic issues — and to make clear that he intends to begin disengaging from the war in Afghanistan next summer."

But the speech gave no real indication of a shift in priorities from making war to creating jobs. And the oratory "made clear" only the repetition of vague vows to "begin" disengaging from the Afghanistan war next summer. In fact, top administration officials have been signaling that only token military withdrawals are apt to occur in mid-2011, and Obama said nothing to the contrary.

While now trumpeting the nobility of an Iraq war effort that he’d initially disparaged as "dumb," Barack Obama is polishing a halo over the Afghanistan war, which he touts as very smart. In the process, the Oval Office speech declared that every U.S. war — no matter how mendacious or horrific — is worthy of veneration.

Obama closed the speech with a tribute to "an unbroken line of heroes" stretching "from Khe Sanh to Kandahar — Americans who have fought to see that the lives of our children are better than our own." His reference to the famous U.S. military outpost in South Vietnam was a chilling expression of affinity for another march of folly.

With his commitment to war in Afghanistan, President Obama is not only on the wrong side of history. He is also now propagating an exculpatory view of any and all U.S. war efforts — as if the immoral can become the magnificent by virtue of patriotic alchemy...

The next morning, Obama declared at Fort Bliss: "A lot of families are now being touched in Afghanistan. We’ve seen casualties go up because we’re taking the fight to al-Qaeda and the Taliban and their allies." And, for good measure, Obama added that "now, under the command of Gen. Petraeus, we have the troops who are there in a position to start taking the fight to the terrorists."

If, nine years after 9/11, we are supposed to believe that U.S. forces can now "start" taking the fight to "the terrorists," this is truly war without end. And that’s the idea.

Nearly eight years ago, in November 2002, retired U.S. Army Gen. William Odom appeared on C-SPAN’s "Washington Journal" program and told viewers: "Terrorism is not an enemy. It cannot be defeated. It’s a tactic. It’s about as sensible to say we declare war on night attacks and expect we’re going to win that war. We’re not going to win the war on terrorism."

With his Aug. 31 speech, Obama became explicit about the relationship between reduced troop levels in Iraq and escalation in Afghanistan. "We will disrupt, dismantle, and defeat al-Qaeda, while preventing Afghanistan from again serving as a base for terrorists," he said. "And because of our drawdown in Iraq, we are now able to apply the resources necessary to go on offense." This is the approach of endless war...MORE...LINK
------------------------- 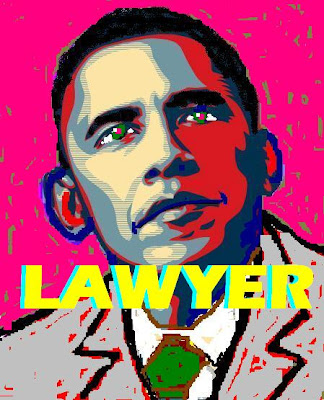