War against "radical Islam" an epic swindle perpetrated by sophisticated grifters with something to sell, or something to hide

LONDON — People often wind up believing their own cover story. Former British prime minister Tony Blair, for example, is trapped forever in the rationalizations he used in 2003 to explain why he was going along with George Bush's invasion of Iraq. He was at it again last week, telling the BBC that "radical Islam" is the greatest threat facing the world today.

The BBC journalist went to Ireland for the interview, because Blair chose Dublin for the only live signing of his newly published autobiography: a personal appearance in Britain wouldn't be safe. Even in Ireland, the protesters threw eggs and shoes at the man who was Bush's faithful sidekick in the struggle to save Western civilisation from radical Islam...

Blair has never publicly acknowledged that Saddam Hussein was actually an enemy of radical Islam: admitting it would drain the last dram of logic from his justification for invading Iraq. So he only talks in general terms about fighting "radical Islam," and hopes that the more ignorant part of the public will think that includes the Iraq war.

Never mind. It's far too late for Blair to change his story, and anyway the argument about Iraq has gone stale by now. Except for one thing: many influential people in Western countries still insist that "radical Islam" is indeed the world's greatest threat. Some do it for career reasons, and others do it from conviction, but they all get a more respectful hearing than they deserve.

It depends on what you mean by "radical Islam," of course. In some Western circles, any Muslim who challenges Western policies is by definition an Islamist radical. But if it means Sunni Muslims who believe in the Salafist interpretation of Islam and are personally willing to use terrorist violence to spread it, then there aren't very many of them: a few hundred thousand at most.

These people are unlikely to start blowing things up in New Jersey or Bavaria, though they are a serious threat to fellow Muslims living in their own countries. (They are particularly keen on killing Shias.) The vast majority of them speak no foreign language and could never get a passport.

It's a big, ugly problem for countries like Iraq and Pakistan, but it is a pretty small problem for everybody else. The number of people killed by "radical Islamic" terrorists in the past decade outside the Muslim world is probably no more than 15,000.

None of these deaths is justifiable, but it is weird to insist that a phenomenon that causes an average of, say, 1,500 non-Muslim deaths a year, on a planet with almost seven billion people, is the greatest threat facing the world today. Yet the people who launched the "war on terror" do say that, as do many others who built their careers by pushing the same proposition...

If "radical Islamists" ever got their hands on a nuclear weapon, it would be one bomb, not 10,000 warheads. If they managed to explode it, it would be a local disaster, not a global holocaust. The worst poison gas attack ever, on the Tokyo underground system in 1995, killed only 13 people, and although germ warfare could be hugely destructive of human life, it requires scientific capabilities that are very difficult to master.

Besides, just how does invading various Muslim countries shrink any of these dangers? It probably increases them, actually, by outraging many Muslims and providing the extremists with a steady flow of recruits. 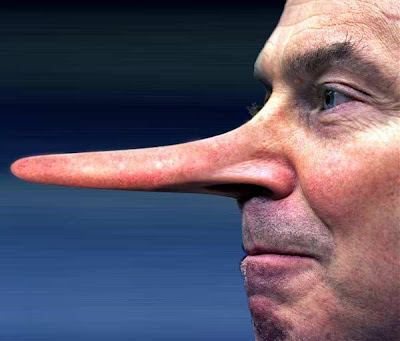