From:
Like Nixon, Obama Will Waste Lives to Get Reelected
(AntiWar.com) -- by Ivan Eland --

No one needs to tell the public that politicians are slick — and the ones who get elected are the oiliest. President Obama, in a recent speech announcing the phased withdraw of 33,000 U.S. surge forces from Afghanistan by September 2012, told the country that the United States had largely achieved its goals in Afghanistan and that “we are starting this drawdown from a position of strength.” The public could be forgiven for missing the real message: “We’ve lost the war, but we are declaring victory anyway and getting out.”

The reality of withdrawing 33,000 of about 100,000 troops in that country is that the president’s “counterinsurgency” strategy — the U.S. clearing areas of Taliban forces until “good government” can take hold and the Afghan forces are competent enough to take over — has failed. The strategy was designed to achieve battlefield gains that would not eradicate the Taliban but cause the group to come to the negotiating table. Although the Taliban is negotiating, it is not doing so seriously because it knows it is winning the war. If it were losing, more Taliban would be defecting to the Afghan government; so far, only 1,700 out of between 25,000 and 40,000 insurgents have done so...

Richard Nixon faced the same dilemma presiding over the lost Vietnam War. In 1971, he wanted to withdraw U.S. forces from South Vietnam until Henry Kissinger reminded him that the place would likely fall apart in 1972, the year Nixon was up for reelection. To avoid this scenario, Nixon unconscionably delayed a peace settlement until 1973, thus trading more wasted American lives for his reelection.

Obama appears to be up to the same thing. A phased withdrawal of 33,000 U.S. troops before the election will push back at Republican candidates’ demands for more rapid withdrawal and signal to the conflict-fatigued American public that he is solving the problem, while leaving 70,000 forces to make sure the country doesn’t collapse before that election. Again, American lives will be needlessly lost so that a slick politician can look his best at election time...MORE...LINK
------------------------- 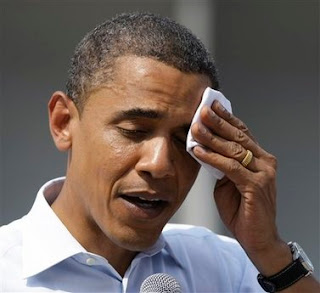